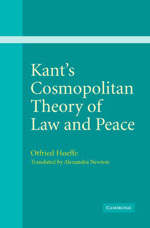 Kant is widely acknowledged for his critique of theoretical reason, his universalistic ethics, and his aesthetics. Scholars, however, often ignore his achievements in the philosophy of law and government. At least four innovations that are still relevant today can be attributed to Kant. He is the first thinker, and to date the only great thinker, to have elevated the concept of peace to the status of a foundational concept of philosophy. Kant links this concept to the political innovation of his time, a republic devoted to human rights. He extends the concept by adding to it the right of nations and cosmopolitan law. Finally, Kant democratizes Plato's notion of philosopher kings with a concept of 'kingly people'. This book examines all aspects of this important, but neglected, body of Kant's writings. 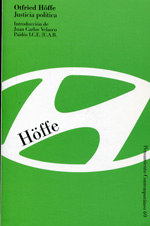 Hegel on ethics and politics

Democracy in an age of globalisation