Interlocking Constitutions
towards an interordinal theory of national, european and UN Law

The existence of interactions between different but overlapping legal systems has always presented challenges to black letter law. This is particularly true of the relationship between international law and domestic law and the relationship between federal law and the laws of individual federation members. Moreover some organizations have created their own supranational constitutional systems: the United Nations Charter is the best known, and is often referred to as the 'World Constitution', but the European Court of Justice in Luxembourg views the European Treaties as a 'Constitutional Charter' for Europe, while the European Court of Human Rights has defined the European Convention on Human Rights as a constitutional instrument of 'European public order'. It is in the dynamic relationship between domestic constitutional laws, EU law, the ECHR and the UN Charter that the most persistent difficulties arise. In this context 'interordinal instability' not only provokes strong academic interest, but also affects what has been called 'governance' or 'global government' and undermines both legal certainty and individual fundamental rights. Different solutions - constitutionalist and pluralist - have been explored, but none of them has received global acceptance. In this book Luis I Gordillo analyses the interordinal instabilities which arise at the European level, focusing on three main strands of case law and their implications: Solange, Bosphorus and Kadi. To solve the difficulties caused by this instability Gordillo proposes a form of soft constitutionalism, which he calls 'interordinal constitutionalism', as a means to bring order and stability to global legal governance.The original Spanish thesis on which this book is based was awarded the Nicolas Perez Serrano Prize by the Centro de Estudios Politicos y Constitucionales, for the best dissertation in constitutional law 2009-2010. 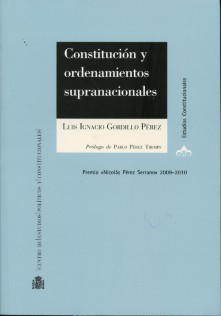 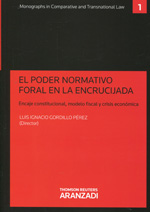