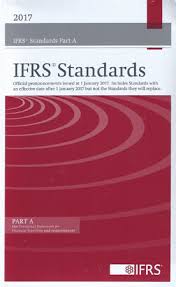 2017 IFRS® Standards (Red Book) is the only official printed edition of the consolidated text of the International Accounting Standards Board's authoritative pronouncements as issued at 1 January 2017. This edition is presented in two volumes, parts A and B. It includes the following changes made since 1 January 2016: Clarifications to IFRS 15 Revenue from Contracts with Customers; Applying IFRS 9 Financial Instruments with IFRS 4 Insurance Contracts; Annual Improvements to IFRS® Standards 2014 2016 Cycle (which contains amendments to IFRS 1, IFRS 7, IFRS 10, IFRS 12, IAS 19, IAS 28); Amendments to IFRS 2, IAS 7, IAS 12 and IAS 40; and IFRIC® Interpretation 22 Foreign Currency Transactions and Advance Consideration. This edition includes amendments to Standards that have an effective date after 1 January 2017. It does not contain Standards that are being replaced or superseded but remain applicable if the reporting entity chooses not to adopt the newer versions early. SET ISBN: 978-1-911040-44-6 (Set of two volumes sold together).