In 1956 two Bell Labs scientists discovered the scientific formula for getting rich. One was the mathematician Claude Shannon, neurotic father of our digital age, whose genius is ranked with Einstein's. The other was John L. Kelly, Jr., a gun-toting Texas-born physicist. Together they applied the science of information theory - the basis of computers and the Internet - to the problem of making as much money as possible, as fast as possible. Shannon and MIT mathematician Edward O. Thorp took the "Kelly formula" to the roulette and blackjack tables of Las Vegas. It worked. They realized that there was even more money to be made in the stock market, specifically in the risky trading known as arbitrage. Thorp used the Kelly system with his phenomenally successful hedge fund Princeton-Newport Partners. Shannon became a successful investor, too, topping even Warren Buffett's rate of return and using his wealth to drop out of the scientific world. Fortune's Formula traces how the Kelly formula sparked controversy even as it made fortunes at racetracks, casinos, and trading desks. It reveals the dark side of this alluring scheme, which is founded on exploiting an insider's edge. The cast of characters includes J. Edgar Hoover, Rudolph Giuliani, Michael Milken, and Warren Buffett; Hollywood producers, Wall Street crooks, snarky Nobel laureates, and the Jewish mob. Fortune's Formula explores a new and surprising side to the Shannon legacy. Based in part on Shannon's previously unseen personal records as well as interviews with both of Shannon's wives, Thorp, and many others, it is the first full-length treatment of a subject that is still changing ideas about finance. Claude Shannon believed it was possible for a smart investor to beat the market - and Fortune's Formula will convince you he was right. 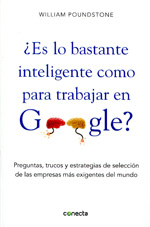 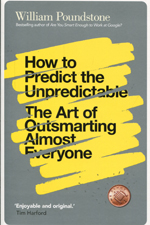 How to predict the unpredictable