Faith and power
religion and politics in the Middle East

Bernard Lewis is recognized around the globe as one of the leading authorities on Islam. Hailed as "the world's foremost Islamic scholar" (Wall Street Journal ), as "a towering figure among experts on the culture and religion of the Muslim world" (Baltimore Sun ), and as "the doyen of Middle Eastern studies" (New York Times ), Lewis is nothing less than a national treasure, a trusted voice that politicians, journalists, historians, and the general public have all turned to for insight into the Middle East. Now, Lewis has brought together writings on religion and government in the Middle East, so different than in the Western world. The collection includes previously unpublished writings, English originals of articles published before only in foreign languages, and an introduction to the book by Lewis. Acclaim for What Went Wrong? A New York Times Bestseller "Replete with the exceptional historical insight that one has come to expect from the world's foremost Islamic scholar." --Karen Elliott House, Wall Street Journal Lewis has done us all--Muslim and non-Muslim alike--a remarkable service...The book's great strength, and its claim upon our attention, [is that] it offers a long view in the midst of so much short-term and confusing punditry on television, in the op-ed pages, on campuses and in strategic studies think tanks. " --Paul Kennedy, The New York Times Book Review Acclaim for From Babel to Dragomans "Lewis has long been considered the West's leading interpreter of Mideast culture and history, and this collection only solidifies his reputation."--National Review "For more than four decades, Lewis has been one of the most respected scholars and prolific writers on the history and politics of the Middle East. In this compilation of more than 50 journal articles and essays, he displays the full range of his eloquence, knowledge, and insight regarding this pivotal and volatile region."--Booklist 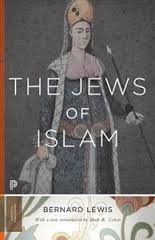 The jews of Islam 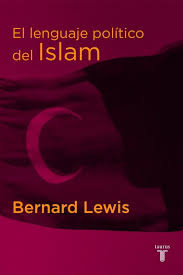