Erich von Manstein was one of the most successful German commanders of World War II. His military mind proved outstanding in many a conflict but perhaps his greatest triumph was his ingenious operational plan that led to the rapid defeat of France in May 1940. Manstein also showed great skill under adversity by commanding a furious rebuff to the Soviet armies in 1943, whilst Germany were retreating. However, his skill could not reverse Germany's declining fortunes and Manstein's frequent disagreement's with Hitler over military strategy led to his dismissal. Robert Forczyk tells the story of one of Germany's most valuable military talents, from his early years to his post-war conviction and his later career. 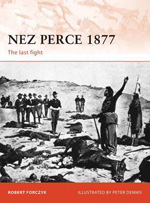