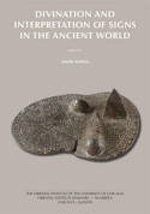 Divination and interpretation of signs in the Ancient World

The concept of sign, a portent observed in the physical world, which indicates future events, is found in all ancient cultures, but was first developed in ancient Mesopotamian texts. This branch of Babylonian scientific knowledge extensively influenced other parts of the world, and similar texts written in Aramaic, Sanscrit, Sogdian, and other languages. The seminar will investigate how much do we know about the Babylonian theory and hermeneutics of omens, and the scope of their possible influences on other cultures and regions.

Divination and interpretation of signs in the Ancient World