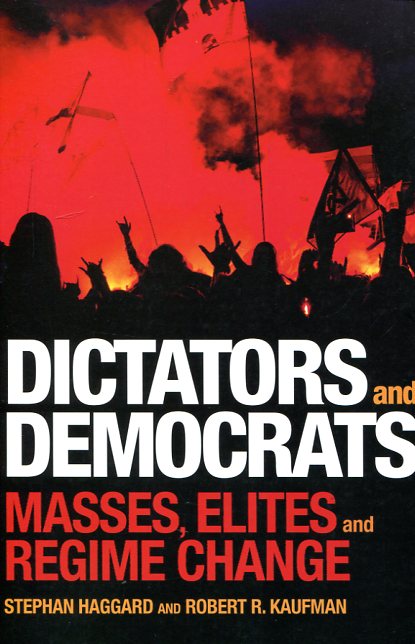 From the 1980s through the first decade of the twenty-first century, the spread of democracy across the developing and post-Communist worlds transformed the global political landscape. What drove these changes and what determined whether the emerging democracies would stabilize or revert to authoritarian rule? Dictators and Democrats takes a comprehensive look at the transitions to and from democracy in recent decades. Deploying both statistical and qualitative analysis, Stephen Haggard and Robert Kaufman engage with theories of democratic change and advocate approaches that emphasize political and institutional factors. While inequality has been a prominent explanation for democratic transitions, the authors argue that its role has been limited, and elites as well as masses can drive regime change. Examining seventy-eight cases of democratic transition and twenty-five reversions since 1980, Haggard and Kaufman show how differences in authoritarian regimes and organizational capabilities shape popular protest and elite initiatives in transitions to democracy, and how institutional weaknesses cause some democracies to fail. The determinants of democracy lie in the strength of existing institutions and the public's capacity to engage in collective action. There are multiple routes to democracy, but those growing out of mass mobilization may provide more checks on incumbents than those emerging from intra-elite bargains. Moving beyond well-known beliefs regarding regime changes, Dictators and Democrats explores the conditions under which transitions to democracy are likely to arise.

In defense of the Bush doctrine