In the war against Hitler, the Allies had to use every ounce of cunning and trickery that they possessed, and combining military deceptions with the double-agent network run by the intelligence services, they were able to send the enemy inaccurate and misleading information about Allied troops, plans and operations. From moving imaginary armies around the desert to putting a corpse with fake papers floating in the Mediterranean, and from faking successful bombing campaigns to the convoluted deceptions which kept part of the German forces away from Normandy prior to D-Day, Terry Crowdy explores the deception war that combined the double-agent network with ingenious plans to confuse and hoodwink the Fuhrer. 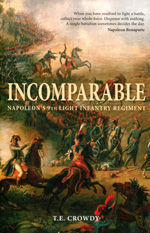