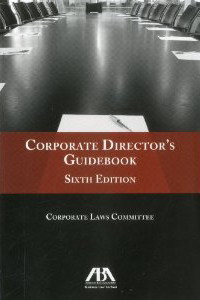 The Sixth Edition is being published in the wake of the 2007-2010 financial crisis and the resulting legislation, the Dodd-Frank wall street Reform and Consumer Protection Act (Dodd-Frank Act). As a result, this edition emphasizes themes arising out of the crisis and important to all directors, particularly those in public companies.