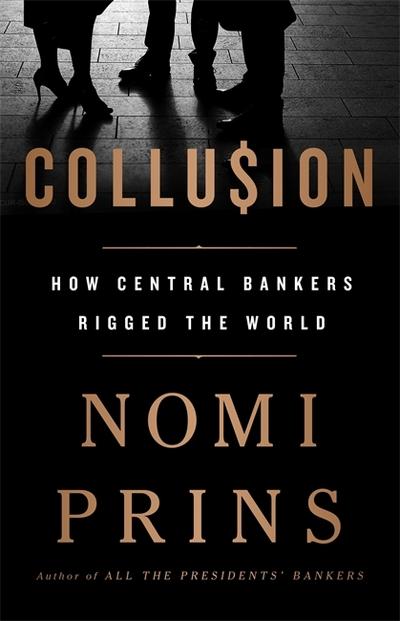 From a former Wall Street insider and author of All the Presidents' Bankers, a searing exposé of the collusion between public and private banks as they seek to control global markets and dictate economic policy

Central banks and institutions like the IMF and the World Bank are overstepping the boundaries of their mandates by using the flow of money to control global markets and dictate economic policy both at the domestic and global level. These public institutions have become so dependent on funding from private banking and the revolving door between the two worlds is so smooth that public and private banks are effectively working toward the same goals.

Packed with bold-faced names from the world of finance--from Janet Yellen, Mario Draghi, and Ben Bernanke to Christine Lagarde and Angela Merkel--Collusion sheds a bright light on the dark conspiracies and unsavory connections between what is ostensibly private and public banking and how it affects us.

All the president's bankers