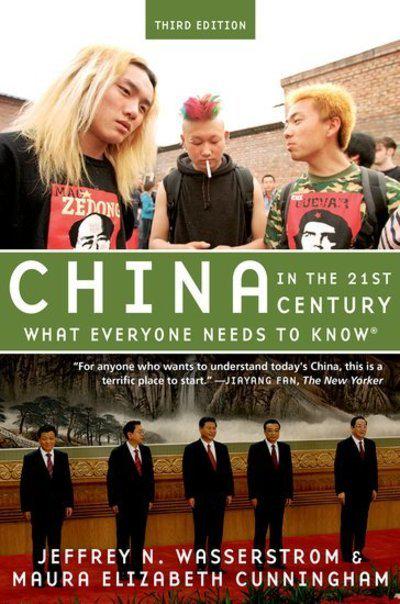 China in the 21st Century
what everyone needs to know

In this fully revised and updated third edition of China in the 21st Century: What Everyone Needs to Know® , Jeffrey Wasserstrom and Maura Elizabeth Cunningham provide cogent answers to the most urgent questions regarding the newest superpower, and offer a framework for understanding China's meteoric rise from developing country to superpower. Focusing their answers through the historical legacies-Confucian thought, Western and Japanese imperialism, the Mao era, and the massacre near Tiananmen Square-that largely define China's present-day trajectory, Wasserstrom and Cunningham introduce readers to the Chinese Communist Party, the building boom in Shanghai, and the environmental fall-out of rapid Chinese industrialization. They also explain unique aspects of Chinese culture such as the one-child policy, and provide insight into Chinese-American relations, a subject that has become increasingly fraught during the Trump era. As Wasserstrom and Cunningham draw parallels between China and other industrialized nations during their periods of development, in particular the United States during its rapid industrialization in the 19th century, they also provide guidance on the ways we might expect China to act in the future vis-à-vis the United States, Russia, India, and its East Asian neighbors. Updated to include perspectives on Hong Kong's shifting political status, as well as expanding on President Xi Jinping's time in office, China in the 21st Century provides a concise and insightful introduction to this significant global power.