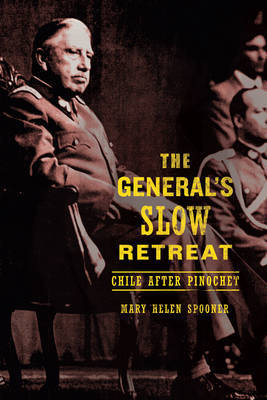 In her acclaimed book "Soldiers in a Narrow Land," Mary Helen Spooner took us inside the brutal dictatorship of Augusto Pinochet. Carrying Chile's story up to the present, she now offers this vivid account of how Chile rebuilt its democracy after 17 years of military rule - with the former dictator watching, and waiting, from the sidelines. Spooner discusses the major players, events, and institutions in Chile's recent political history, delving into such topics as the environmental situation, the economy, and the election of Michelle Bachelet. Throughout, she examines Pinochet's continuing influence on public life as she tells how he grudgingly ceded power, successfully fought investigations into his human rights record and finances, kept command of the army for eight years after leaving the presidency, was detained on human rights charges, and died without being convicted of any of the many serious crimes of which he was accused. Chile has now become one of South America's greatest economic and political successes, but as we find in "The General's Slow Retreat," it remains a country burdened with a painful past.