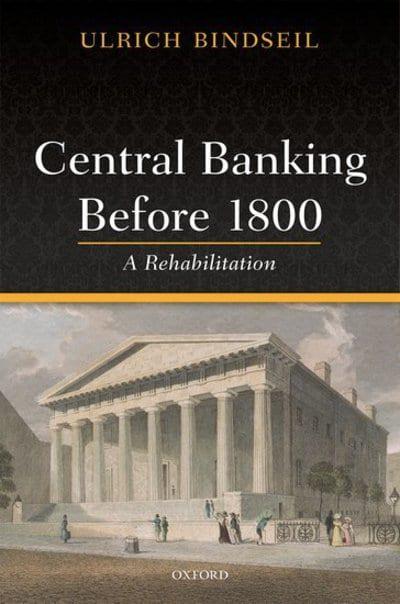 Central Banking before 1800
a rehabilitation

Although central banking is today often presented as having emerged in the nineteenth or even twentieth century, it has a long and colourful history before 1800, from which important lessons for today's debates can be drawn. While the core of central banking is the issuance of money of the highest possible quality, central banks have also varied considerably in terms of what form of money they issued (deposits or banknotes), what asset mix they held (precious metals, financial claims to the government, loans to private debtors), who owned them (the public, or private shareholders), and who benefitted from their power to provide emergency loans. Central Banking Before 1800: A Rehabilitation reviews 25 central banks that operated before 1800 to provide new insights into the financial system in early modern times. Central Banking Before 1800 rehabilitates pre-1800 central banking, including the role of numerous other institutions, on the European continent. It argues that issuing central bank money is a natural monopoly, and therefore central banks were always based on public charters regulating them and giving them a unique role in a sovereign territorial entity. Many early central banks were not only based on a public charter but were also publicly owned and managed, and had well defined policy objectives. Central Banking Before 1800 reviews these objectives and the financial operations to show that many of today's controversies around central banking date back to the period 1400-1800.

Risk management for central banks and other public investors