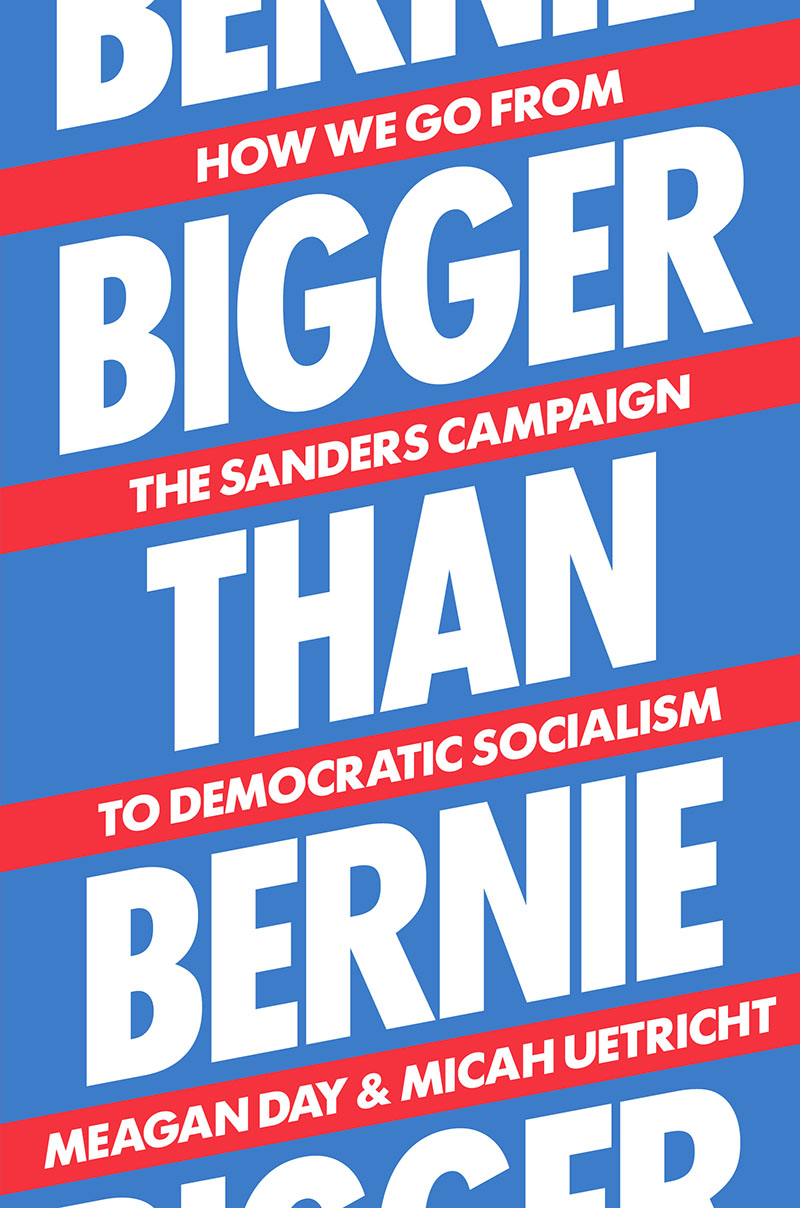 The political ambitions of the movement behind Bernie Sanders have never been limited to winning the White House. Since Bernie first entered the presidential primaries in 2016, his supporters have worked to organize a revolution intended to encourage the active participation of millions of ordinary people in political life. That revolution is already underway, as evidenced by the massive growth of the Democratic Socialists of America, the teachers Bernie motivated to lead strikes across red and blue states, and the rising new generation of radicals in Congress—led by Alexandria Ocasio-Cortez and Ilhan Omar—inspired by his example.

In Bigger than Bernie, activist writers Meagan Day and Micah Uetricht give us an intimate map of this emerging movement to remake American politics top to bottom, profiling the grassroots organizers who are building something bigger, and more ambitious, than the career of any one candidate. As participants themselves, Day and Uetricht provide a serious analysis of the prospects for long-term change, offering a strategy for making “political revolution” more than just a campaign slogan. They provide a road map for how to entrench democratic socialism in the halls of power and in our own lives.

Bigger than Bernie offers unmatched insights into the people behind the most unique campaign in modern American history and a clear-eyed sense of how the movement can sustain itself for the long haul.