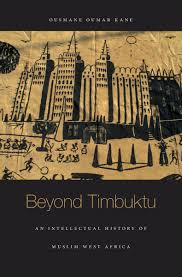 Beyond Timbuktu
an intellectual history of muslim West Africa

Renowned for its madrassas and archives of rare Arabic manuscripts, Timbuktu is famous as a center of Muslim learning from Islam's Golden Age. Yet Timbuktu was one among many scholarly centers to exist in precolonial West Africa. Beyond Timbuktu charts the rise of Muslim learning in West Africa from the beginning of Islam to the present day, examining the shifting contexts that have influenced the production and dissemination of Islamic knowledge over the course of centuries. Ousmane Kane corrects lingering misconceptions that Africa's Muslim heritage represents a minor thread in Islam's larger tapestry. West African Muslims have never been isolated. The Sahara was not an insuperable barrier but a bridge that allowed the Arabo-Berbers of the North to sustain relations with West African Muslims through trade, diplomacy, and intellectual and spiritual exchange. The tradition of Islamic learning in West Africa has grown in tandem with the spread of Arabic literacy, making Arabic the most widely spoken language in Africa today. In the postcolonial period, transformations in West African education, together with the rise of media technologies and the public roles of African Muslim intellectuals, continue to spread knowledge of Islam throughout the continent.