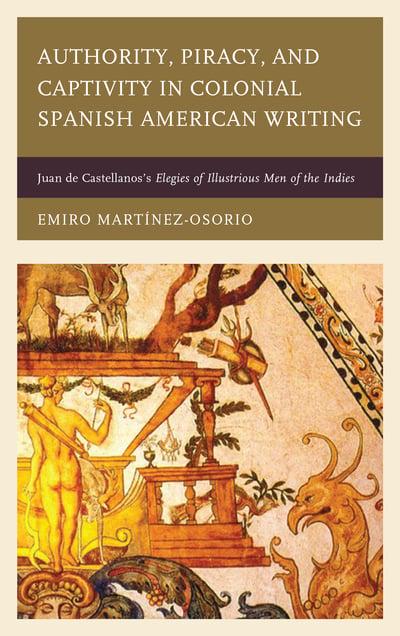 Authority, Piracy, and Captivity in Colonial Spanish American Writing examines the intricate bond between poetry and history writing that shaped the theory and practice of empire in early colonial Spanish-American society. The book explores from diverse perspectives how epic and heroic poetry served to construe a new Spanish-American elite of original explorers and conquistadors in Juan de Castellanos's Elegies of Illustrious Men of the Indies. Similarly, this book offers an interpretation of Castellanos's writings that shows his critical engagement with the reformist project postulated in Alonso de Ercilla's La Araucana, and it elucidates the complex poetic discourse Castellanos created to defend the interests of the early generation of explorers and conquistadors in the aftermath of the promulgation of the New Laws and the mounting criticism of the institution of the encomienda. Within the larger context of a new poetics of imperialistic expansion, this book shows how the Elegies offers one of the earliest examples of the reconfiguration of some of the main tenets of Petrarchism/Garcilacism, as well as the bold transmutation of dominant poetic discourses that had until then been typically associated with the nobility. Focusing on the practice of poetic imitation (imitatio) and the themes of authority, piracy, and captivity, this book shows the transformation undergone by heroic poetry owing to Europe's encounter with America and illustrates the contribution of learned heroic verse to the emergence of a Spanish-American literary tradition.