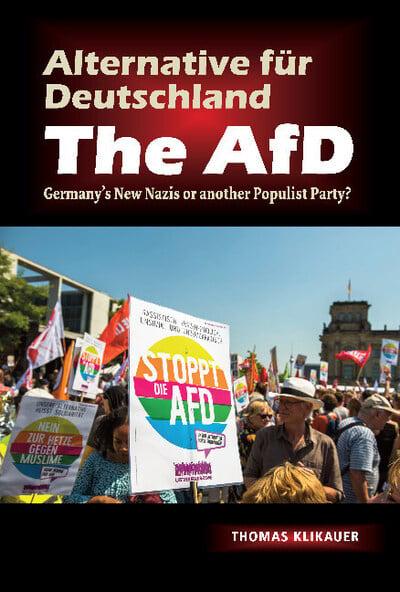 Right-wing populism has been on the rise in Europe and elsewhere. Germanys foremost populist party is called Alternative for Germany (AfD). Founded in 2013 and entering Germanys federal parliament in 2017, the AfD increasingly moved towards right-wing extremism. Today, the party is Germanys most successful nationalistic party. Following the populist playbook, the AfD started off with a simple neoliberal and anti-Europe message, but soon moved towards the extreme right. By 2017 the AfDs ultra-nationalistic wing had successfully outmanoeuvred the partys moderate and neoliberal leader Frauke Petry. Written from the standpoint of openness, pluralism, liberalism and democracy, this book examines the AfDs rise to fame, its successes, and the partys ideological links dating back to German Nazism of the 1930s. The author illuminates the partys ideological and institutional links to present-day Neo-Nazis; its close associations to the right-wing street movement Pegida; the recruitment of right-wing extremists and former Neo-Nazis into its parliamentarian ranks; its xenophobic, anti-Muslim, racist and anti-Semitic ideologies; and its relationship to the neo-fascist Identity Movement. A historical overview positions the AfD within Germanys political landscape. The work engages with the make-up of AfD voters and electoral successes; the partys relationship to anti-Semitism; and its dreams of re-establishing a mythical Aryan Volksgemeinschaft. Close attention is paid to the AfDs demagogic and nationalistic leader, Björn Höcke, as well as the partys admiration for the radical right of neighbouring Austria. A final chapter examines the fascist character of the AfD as measured against Umberto Ecos fourteen elements of Ur-Fascism. Three questions are posed: Will the AfD lead to the end of German democracy? Is Germany moving towards another Third Reich? Is there another Hitler in the making?.