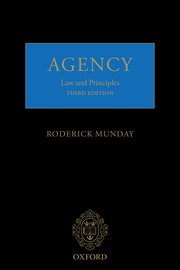 Questions of agency regularly arise in the work of commercial practitioners. This book, noted for its uniquely clear and accessible style, provides an invaluable reference guide to the main principles of agency law, including detailed explanation of the Commercial Agents (Council Directive) Regulations of 1993.

Detailed and incisive analysis of case law is combined with a practical approach to the law which accurately reflects modern commercial realities, considering the application of agency principles according to particular classes of agents operating in the major commercial sectors. It includes discussion of actual and apparent authority of an agent, agency of necessity, want of authority and ratification looking at the legal relations between principal and agent, and between third party as well as the relations between agent and third party, sub-agency and termination of agency.

In keeping with the approach of previous editions, the third edition of Agency: Law and Principles emphasises contemporary case law, and has been fully revised and updated in response to significant recent developments. 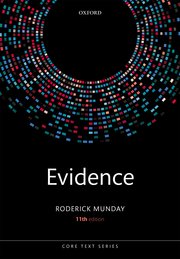