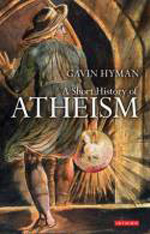 A short history of atheism

The last few years have seen a remarkable surge of popular interest in the topic of atheism. Books about atheism by writers like Richard Dawkins and Christopher Hitchens have figured prominently in bestseller lists and have attracted widespread discussion in the media. The ubiquity of public debates about atheism, especially in conscious opposition to the perceived social threat posed by faith and religion, has been startling. However, as Gavin Hyman points out, despite their prevalence and popularity, what often characterises these debates is a lack of nuance and sophistication. They can be shrill, ignorant of the historical complexity of debates about belief, and tend to lapse into caricature. What is needed is a clear and well informed presentation of how atheistic ideas originated and developed, in order to illuminate their contemporary relevance and application. That task is what the author undertakes here. Exploring the rise of atheism as an explicit philosophical position (notably in the work of Denis Diderot), Hyman traces its development in the later ideas of Descartes, Locke and Berkeley. Drawing also on the work of contemporary scholars like Amos Funkenstein and Michael J Buckley, the author shows that, since in recent theology the concept of God which atheists negate is changing, the triumph of its advocates may not be quite as unequivocal as Hitchens and Dawkins would have us believe.