A companion to the worlds of the Renaissance

The idea of the Renaissance as a period of European cultural triumph in which great men flourished has been largely demolished in the last fifty years. This provocative volume brings together some of the most exciting scholars who led this attack, to suggest different ways of thinking about the Renaissance and set new agendas for research. The contributions focus on three major themes: transformative encounters between cultures, ancient and new, high and low, within Europe and beyond; fascination with all things Italian; and social realignment. In examining these themes, the contributors look at the Renaissance from a world perspective, illuminating the negative as well as the positive, and integrating considerations of gender, sex, violence and non-elite culture. The vision of the Renaissance that emerges is one defined by a wide range of social, political, economic and cultural developments rather than by the actions of a small cultural elite.

A companion to the worlds of the Renaissance 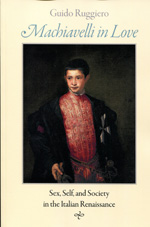